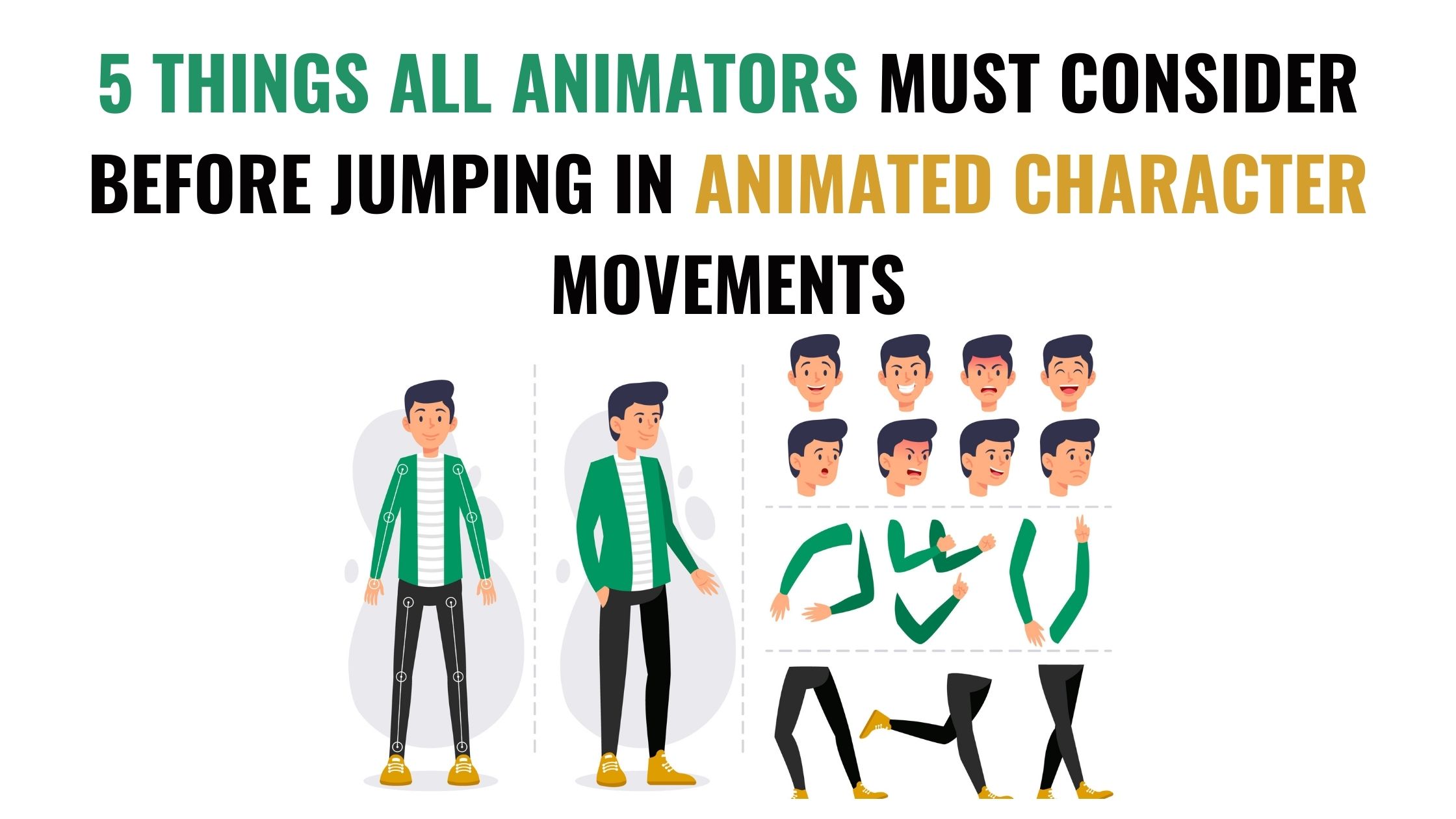 While colors, characters, and a punchy storyline are at the heart of good animation, what really makes the ball rolling is how well the animator has worked on its motion mechanics. The goofy ways how a character turns and twists or the funny facial features which they make while acting up on the screen is what really gets the crowd talking. Do you also want your customers to have a similar feeling when they check out your business or brand’s product animation?

If you’re an animator yourself or you’re someone who is seeking to get an animation done for your business, then here are a few things you need to address.

Bringing an inanimate object to life may sound easy peasy, but the subtle details are what sets your character apart. You want your characters to display emotions and to show true feelings. This can only be achieved if you pay close attention to the minute details of your animated character.

One way to get this right is to observe normal people in your daily life. See how they interact or how they express themselves when they are communicating. It will help you a great deal to grasp their behaviors. You will see how perfectly their emotions are timed and then can use them in your animations.

To observe the world and the people within, you don’t have to watch a ton of videos.

Just grab a cup of your favorite hot drink and find a sweet spot at a local community park or the subway.

2) Understand the Psychology of Movement

Studying human behavior & understanding their movement patterns is at the heart of everything. To learn the basics of human movement psychology, you don’t have to delve into some deeper research.

You just need to understand why or how people are influenced to perform a certain behavior.

The way we hold ourselves or speak or act speaks a great deal of who we are and how we are cultured. If you understand the process behind our movements, then you can use them in your animation.

By doing so, you can bridge the gap of emotional intelligence between your audience & the animation.

3) Have Something Solid as Reference

Here’s where many animators fail to pay attention. And as a result, they are unable to create animations the way they are supposed to be.

It’s highly important to pay attention to facial features when creating an animation. And it’s highly advised that when you’re animating a face, you must have something very solid to make a reference point.

For instance, many of the top animation studios create a video of the voiceover artists and send them over to their animators when they are creating their character nuances. The video helps the animator to better understand what dialogues were spoken with what emotions. As a result, they can perfectly mimic the expressions of the voiceover artists on the characters and create perfect resemblances.

If you don’t have the luxury to get a video done, then you can always mimic their expressions in front of the mirror and see how your facial feature resonates. Then add them to your animations.

4) Study the Effects of Gravity

Gravity is at the heart of everything. Unless you’re not in space, then you are constantly struggling to stay upright throughout your lifecycle of growth. Believe it or not but it’s the gravitational pull that keeps you put on the surface. Therefore, when you’re designing your animations, unless you’re not designing something that has a space effect or no gravity show, make sure that you introduce the effect of gravity in your animated content.

The best implementation which I can quote here involves the simple movement of characters. For instance, if a person is tall and thin, the gravity effects on that person will simply be different compared to the one who is fat and bulky. Thinner people will walk with lighter feet, whereas a heavier person will have a heavier footing. As an animator, if we address gravity, then it will help us to give them appropriate weight so they can easily walk.

It may sound like an obvious tip but many animators often forget about introducing gravity.

Here’s something which I can better explain using an example.

Imagine you want to create an animated character that is about to take a leap. When you break down his movements, you can distribute it into three segments: Anticipation, Action & Reaction.

When your character bends to take a leap, it can be termed as anticipation. While the leap itself is pretty self-explanatory and can be termed as the action whereas, the momentum pushing the character forward and landing can all be classified as a reaction. When creating animations, it is highly important that we consider all three and focus on them before submitting our animated characters.

Their facial features, their body postures, the environmental effect. Getting everything right is basically what matters. Understanding this principle can help in multiple comic effects of animations.

So that’s about it for the day. Here are 5 things I believe every animator must consider before they decide on jumping on the animation bandwagon. The character movement is an integral part of the animation works. If not done right, it can simply trash the entire animated experience for your audience.

Until next time, cheers.

Chat to get 50% Discount
Book a Call